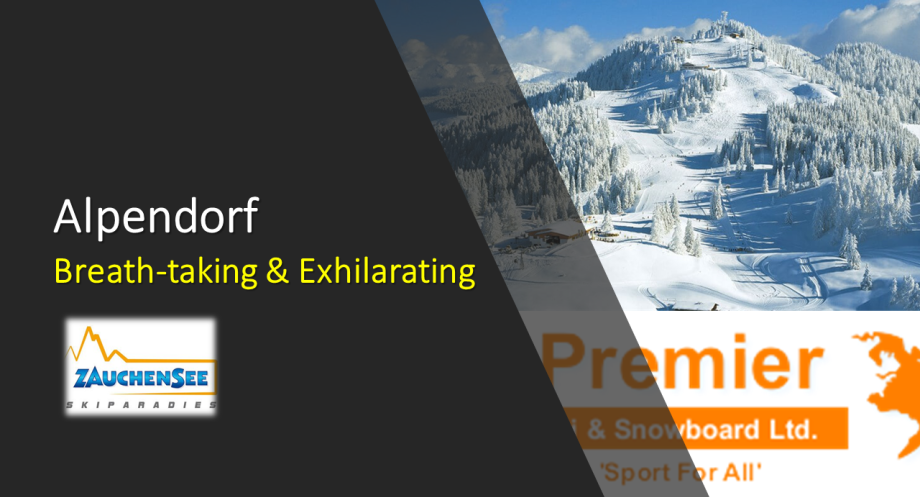 'All Inclusive' Ski Trips for Schools, Colleges and Universities

The Snow Space ski area is part of the Ski Amadé region of Austria which is one of the largest interlinked ski areas.    The area for 2021 has increased in size with the addition of a new link on a new lift which connects Wagrain directly to Kleinarl, which opens up direct between Alpendorf, Wagrain, Flachau, Zauchensee, Flachauwinkl & Kleinarl with over 210km of pistes, this is included all on one ski pass.  The area is covered by over 90% snow making capabilities, with over 4000 snow cannons guaranteeing that you always be able to ski and have an amazing time.   To access the interactive map please click here

In the Snow Space area, Wagrain lies at its heart, there are 144 individual runs stretching over 210km which will keep you entertained! Suited more towards novice and intermediate skiers/boarders Wagrain sits at around 2000 metres so is very reliable for snow throughout the season.  Our hotels in Wagrain offer direct access to the slopes via the Flying Mozart lift which opens the whole of the modern Snow Space ski area including the G link and also the new connection to Kleinarl

The resort of Alpendorf is part of the St. Johan Alpendorf Ski Area with over 300km of downhill skiing with 19 ski runs served by 19 lifts. As part of the Salzburger Sportwelt area you can ski or snowboard into neighbouring resorts such as Wagrain, Flachau and all of the other resorts within the Ski Amade region on the same lift pass.

In Alpendorf there is plenty for everyone to have a go at with easy green runs up to some great off piste tree runs depending on your level of skiing or snowboarding. The small area of Alpendorf is serviced by 2 main lifts to access the whole area, these in peak times can become busy but many of our groups like to get an early start to miss the lifts!

The picturesque area has some of the most amazing tree run views in the whole area making it not only challenging but also relaxing. 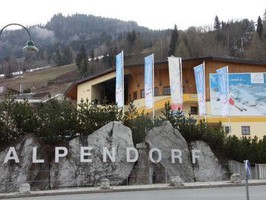 Flachau is within the centre of the Ski Amade Region, making this an ideal place to ski and board. The area has a total of 111 Km of ski runs which can be accessed by anyone of the 44 lifts which operate.

The town offers many different activities including all of our après activities, so you can be assured you are at the centre of all the action. The ski area of Flachau alone boasts a fantastic range of runs from the beginner area which offers nice gentle blue runs all the way through to runs which would challenge the most advanced skiers.

The small town offers amazing scenic views of the vast ski area and connecting areas including direct access Wagrain and Flachauwinkl. With this in mind Flachau is an excellent area for school groups to start their trip allowing for everyone to make the most of the snow. 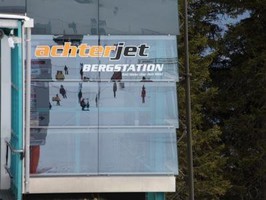 In the Ski Amade region, Wagrain lies in the heart of this very large ski area which you can access from other resorts on the same lift pass. There 144 individual runs stretching over 350km which will keep you entertained for a good few days, however, if you do feel you want something else then you can make your way over into Flachau, Wagrain or even further, which is again all accessible on the same lift pass.

Suited more towards novice and intermediate skiers/boarders Wagrain sits at around 2000 metres so is very reliable for snow throughout the season.

Wagrain is the most expansive area within the Salzburger sportwelt it offers long wide pistes from top to bottom allowing plenty of space for everyone to enjoy. The runs vary around resort in grading allowing many miles to be covered if this is what you want to do. The town of Wagrain is the central area for all Après Ski Activities offering a state of the art swimming and spa complex for all of our groups to use. If the group needs time to rest and relax this is the ideal place with many shops and cafes to sit and take in the scenery. 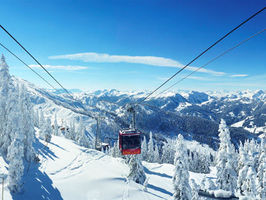 Zauchensee is a high altitude area (2188M) which is directly linked with Wagrain.  The idyllic area has a massive 41km of runs and 15 modern lifts, which minimise the queues even in the height of the season.

Even though this resort may have minimal runs the tree runs and off piste areas which are excellent unleash a whole new world.   The area allows skiers of all abilities to enjoy the altitude from beginners on the nursery slopes and excellent blue tree runs.  For the intermediate and advanced skiers it offers very challenging reds and also several black runs leading in to resort which are not for the feint hearted.

The resort offers many good places on the mountain to eat but the best are down in resort which is directly next to the new lifts.  Zauchensee yearly is part of the World Cup Down Hill and is a fantastic challenge for intermediate and advanced skiers to have a go at!  This area has something for everyone and is truly challenging! 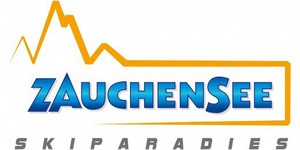 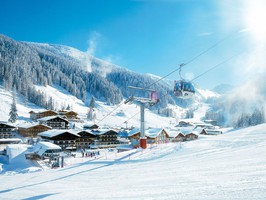 Information is now available for our annual friends and family ski trip which will take place in December 2022 over the New Year Period.  Click here for further information

If you are planning on running a trip in Austria for the 2022 / 2023 season, get in touch!  Our team are working closely with Local Authorities to ensure safe & effective planning

We are pleased to announce 3 new properties have been added for our school groups!

Are you looking for a fantastic deal for your School, College or Group?  Contact us and ask to speak to one of our Snow Sports Team and who will help you with a personalised quote for you and your group.  Call 01623 363769